Meet the Team That Guides Us

Our board combines decades of experience with a relentless drive to help our organization succeed. Biographical information: Tom has been one of our directors since our initial public offering in February 2013, and was a director of our former parent company, Boise Cascade Holdings, L.L.C., from 2009-2013. Before his retirement in 2015, Tom served as the Company’s chief executive officer from 2009 to 2015, and as a director of Boise Cascade Holdings, L.L.C. from August 2009 until its dissolution in September 2014. He became a Boise Cascade Company director in February 2013 and board chair in March 2015. Tom previously served as our executive vice president and chief financial officer from February 2008 to August 2009, following the divestiture of our paper and packaging businesses. From October 2004 to January 2008, he served as our senior vice president and chief financial officer. Tom is a current director of IDACORP, Inc. (2014 to present), and its primary subsidiary Idaho Power Company (2014 to present).

Qualifications: Tom’s position as our former chief executive officer with 43 years of experience with the Company and its predecessors allows him to advise the board of directors on operational and industry matters affecting the Company. END_OF_DOCUMENT_TOKEN_TO_BE_REPLACED Biographical information: Steve serves on our audit committee. He is currently the board chair and chief executive officer of TrueBlue, Inc., a NYSE-listed industrial staffing company based in Tacoma, Washington. Steve previously served as the chief executive officer at TrueBlue, Inc. from 2006 to 2018. Prior to joining TrueBlue in 1999, Steve held various professional positions at Arthur Andersen, Albertsons, and Deloitte.

Qualifications: Steve’s experience as a chief executive officer and, as a director, provides insight on strategic and operational issues and valuable business knowledge. He also provides strong accounting and financial expertise and experience in workforce management to our board. END_OF_DOCUMENT_TOKEN_TO_BE_REPLACED 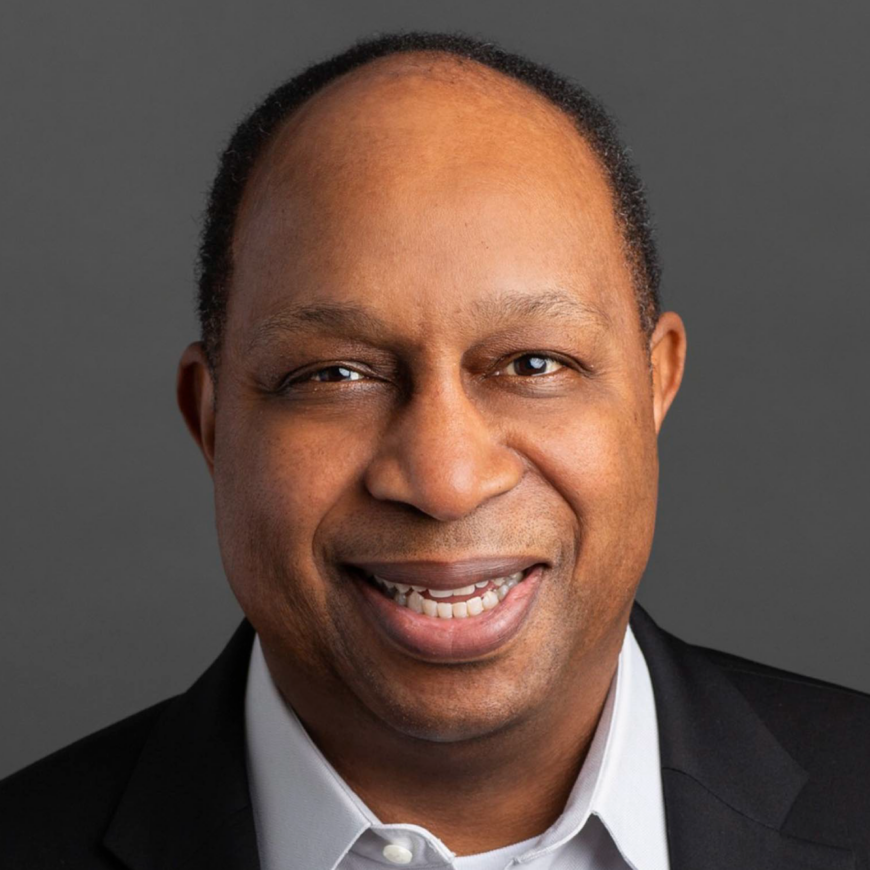 Biographical information: Craig serves on our audit committee. Craig has a strong background in technology and service-based business. He has held a number of senior sales positions from 1985 – 1994 with Unisys Corporation, a publicly traded, international provider of computer and systems solutions. In 1994 he co-founded Retail Lockbox, Inc., an industry leader in remittance processing, credit card payments, and document management services, headquartered in Seattle, WA. Craig is currently CEO and president of Lockbox, Inc. (1994 – present). He is the past chair (2020-2021) of the Federal Reserve Bank of San Francisco, Seattle Branch, and has served as a board member from 2015-2021.

Qualifications: Craig brings experience in vision-setting and strategic direction to our board. END_OF_DOCUMENT_TOKEN_TO_BE_REPLACED Biographical information: Karen currently serves as the chair of the compensation committee. She is also on the corporate governance and nominating committee. Before her retirement in March 2014, Karen was the senior vice president, general counsel and corporate secretary for Boise Inc. from August 2010 until its acquisition by Packaging Corporation of America in late 2013. Boise Inc. was a manufacturer of packaging and paper products. From February 2008 to July 2010, she served as Boise Inc.’s vice president, general counsel, and secretary. From October 2004 to February 2008, Karen served as vice president, general counsel, and corporate secretary of Boise Cascade, L.L.C. During her 30 years in the forest products industry, she held various legal and compliance positions, which included over 15 years of experience as a corporate secretary for various public and private entities in the forest products industry.

Qualifications: Karen has relevant industry and company experience and provides strong corporate governance and compliance skills to our board of directors. END_OF_DOCUMENT_TOKEN_TO_BE_REPLACED Biographical information: David serves on the compensation committee as well as our corporate governance and nominating committee. He is currently a director and formerly the chief executive officer and executive chair of Reliance Steel & Aluminum Co., a NYSE-listed operator of metals service centers. Prior to joining Reliance in 1981, Mr. Hannah held various professional positions at Ernst & Whinney, a predecessor firm to Ernst & Young, LLP. He is a certified public accountant.

Qualifications: David's experience as a chief executive officer of a major distribution company provides valuable insight on operational and industry issues. He also provides strong accounting and financial expertise to our board. END_OF_DOCUMENT_TOKEN_TO_BE_REPLACED Biographical information: Mack currently serves as lead independent director and chair of our corporate governance and nominating committee. He was senior vice president of corporate affairs with Weyerhaeuser Company, a NYSE-listed timberlands, and wood products company, until his retirement in 2004. Mack currently operates a consulting services business. Prior to joining Weyerhaeuser in 1979, Mack was employed by the U.S. Forest Service, Maryland National Capital Parks & Planning Commission, and the National Park Service. In February 2021, he was appointed as a director to the board of US Ecology, Inc.

Qualifications: Mack has relevant industry experience and provides strong corporate governance and compliance skills to our board of directors. END_OF_DOCUMENT_TOKEN_TO_BE_REPLACED Biographical information: Amy serves on our audit committee. Amy has 25 years of experience in manufacturing, commodities, global marketing, and distribution. She has held executive leadership roles as chief executive officer, chief financial officer, and president from 2006 to 2021. Amy has served on multiple boards in various roles, including a past directorship with Red Lion Hotels Corporation (2018 – 2020), a publicly traded company listed on the NYSE. She has sat on the board of directors of Philly Shipyard ASA, a public company listed on the Oslo Stock Exchange, from 2010 to 2022. 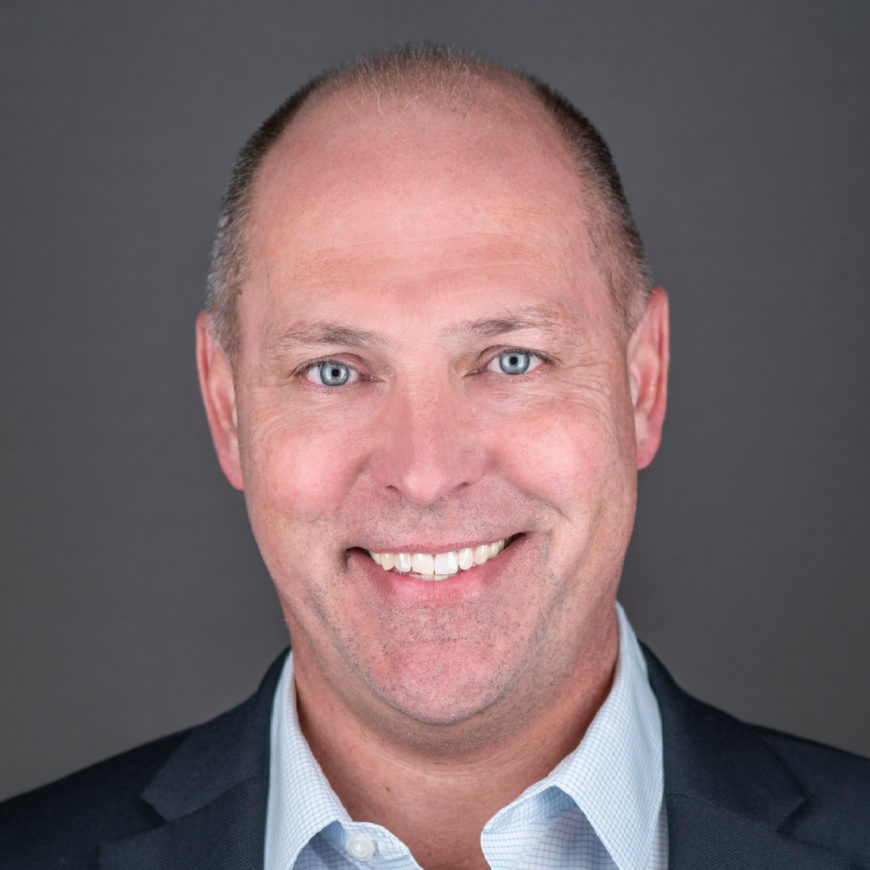 Biographical information: Nate has served as our chief executive officer since March 6, 2020 and is not an independent director. He serves on no committees. Prior to his position as CEO, he served in various roles, including chief operating officer, and senior vice president of engineered wood products in our Wood Products segment. Prior to joining Boise Cascade in 2015, Nate was employed with Weyerhaeuser Company, a NYSE-listed timberlands and wood products company, as vice president of distribution.

Qualifications: Nate has over 30 years of industry experience in manufacturing and distribution. As chief executive officer, he is also able to provide valuable insight on the Company, as well as operational and financial information that is critical to board discussions. END_OF_DOCUMENT_TOKEN_TO_BE_REPLACED Biographical information: Kristopher serves on our compensation committee as well as the corporate governance and nominating committee. He is currently a private consultant. He retired from Buckeye Technologies Inc. in 2012, where he served as president, chief operating officer, and a director. Buckeye, a publicly traded producer of cellulose-based specialty products, was acquired by Georgia-Pacific in 2013. During his career at Buckeye, Kristopher also served as chief financial officer and head of Buckeye’s nonwovens business. Prior to joining Buckeye in 1994, he was employed by Procter & Gamble Company.

Qualifications: Kristopher's experience as president, chief operating officer, and director provides insight on strategic and operational issues, and valuable business knowledge. He also provides relevant industry experience and strong corporate governance and compliance skills to our board of directors. END_OF_DOCUMENT_TOKEN_TO_BE_REPLACED Biographical information: Duane serves on the compensation committee as well as our corporate governance and nominating committee. He was the board chair of Boise Cascade Holdings, L.L.C. from December 2008 until 2013, and also was a director of Boise Cascade Holdings, L.L.C. from 2005 to 2008. He became a Boise Cascade Company director and board chair in February 2013 in connection with our initial public offering. Duane also served as an interim chief executive officer of Boise Cascade, L.L.C. from December 2008 to August 2009. Prior to joining our Company, he was president and chief executive officer of Willamette Industries, an international paper and forest products company, until its sale in 2002. During his 23-year career with Willamette, Duane held numerous operating and finance positions with increasing responsibilities before becoming president and chief executive officer. He is a current director of The Greenbrier Companies, Inc. (2003 to present), and StanCorp Financial Group, Inc. (2009 to present; publicly traded until 2016).

Qualifications: Duane’s experience as a chief executive officer of a major forest products company provides our board of directors with valuable insight on operational and industry issues. He also provides strong accounting and financial expertise to our board. END_OF_DOCUMENT_TOKEN_TO_BE_REPLACED Biographical information: Chris currently serves as the chair of our audit committee. He became a Boise Cascade Company director in February 2013 in connection with our initial public offering. Prior to February 2013, he was a director of our former parent company, Boise Cascade Holdings, L.L.C., from 2004 to 2013. In August 2014, he became a general partner of CJMV-GMC-AHSS, L.P. (d/b/a Autism Home Support Services, Inc.), a provider of therapy and counseling services for children with autism. In 2012, Chris began teaching at The University of Chicago Booth School of Business and currently serves as an adjunct professor, investor in residence, and faculty adviser. In September 2011, he became a general partner of CJM Ventures, L.L.C. and OPTO Holdings, L.P. (d/b/a/ OPTO International, Inc.). From 1999 until 2011, he was employed by Madison Dearborn Partners, L.L.C. and served as a managing director concentrating on investments in the basic industries sector. Prior to joining Madison Dearborn, Chris was with AEA Investors, Inc. and Morgan Stanley & Co. Incorporated. He is a current director of Cedar Capital, LLC, a registered investment adviser that operates registered investment companies (2012 to present).

Qualifications: Chris provides strong financial and governance skills to our board of directors. END_OF_DOCUMENT_TOKEN_TO_BE_REPLACED Biographical information: Sue serves on our audit committee. She recently retired from the role of chief information officer for the Bill and Melinda Gates Foundation in Seattle, WA. Prior to joining the foundation in 2016, Sue was vice president of Applications and Project Management Office at Honeywell Automation and Control Solutions, where she delivered global integrated system platforms. Prior to joining Honeywell in 2014, she served as chief information officer at Intermec, where she led the company’s IT and enterprise business analytics and headed integration and operational excellence for all IT systems when Intermec was acquired by Honeywell. Sue is a current Director of Lancium, Inc. (2022 to present).